I’ve sent a string of newsletter messages over the last 2 or 3 years. It has been my own little creative writing project. I write ideas when I feel the urge to write. Usually with pen and paper and often from somewhere unusual.  I put it into mail chimp and send it out. It’s interesting the feelings that it evokes to make such public statements and  I keep being surprised when people tell me they read these pieces.
I intend to keep writing these things regularly, and have decided to “re-release“some of the more interesting pieces in a series of blogposts – so if you have just joined my mailing list or started practicing with me you can  also enjoy them and have a sense of what has been going on.

I started practicing yoga back in the dark ages when music came from a LP on a turntable.
The turntable I had was mostly busy with thrashing Punk tracks or what is now called “classic” rock. But there was one very different LP that I picked up for a dollar at the University flea market. I think that $1.00 record sowed some life-changing seeds. It was called East Meets West. 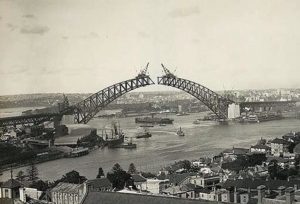 The record was called East Meets West and the artists were Ravi Shankar and Yehudi Menuhin. The East, was Ravi Shankar a Classical Sitar Player who taught George Harrison and the Beatles, (he also happens to be the father of Nora Jones) The West of the title, was the worlds top classical violinist and a student of Mr Iyengar in yoga. East meets West soon became my yoga practice theme song.

I decided that every morning I would put the stylus on track one, spread a blanket in front of the speakers and do an hour of stretching followed by breathing exercises. ( I had to turn the record over at half time to play the second side) There were not really any yoga classes available at that time,  and in any case, my spare student’s cash was going to beer, not yoga classes.

The morning routine became entrenched and the music had something to do with it. As I worked on my “stretching” the two masters on the LP seemed to both converse, and duel, with their musical traditions.  Each one reaching out across the divide toward the other like two foreigners communicating without a common language.

The sound closed me off from the rest of the household, and became a kind of mental and physical lubricant as I explored my new contortions. Perhaps the discordant mixing and weaving of sounds baffled my left brain into submission.

Now, it occurs to me that there is a common thread. The wisdom traditions of the old Eastern Empires and the shiny new scientific and medical world of the West are still in conversation. Sometimes it’s discordant and sometimes in sync, but reaching out toward each other still.
It is like a bridge is being built between two nations and there is a whole lot of mingling that will happen if they can just get the two ends to meet. My interest is in that area where the two seemingly opposing truths find synergy.

So for the time being I will keep passing on items, and presenting workshops which build that bridge across the divide.

Anyway, thanks for reading.

Till next time, be well.