The science behind slow-paced Pranayama and emotional health 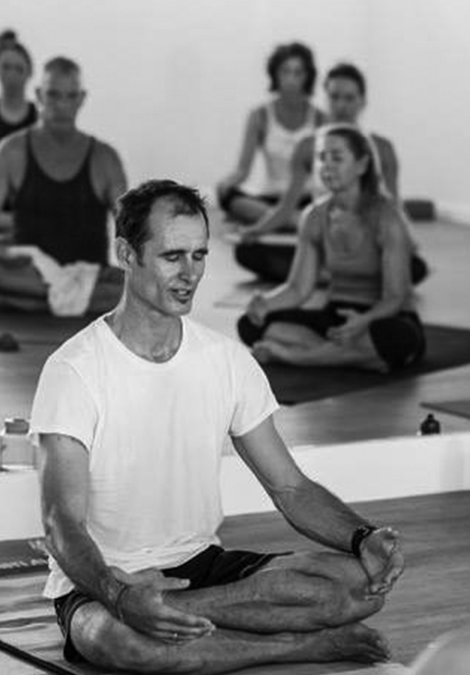 The impact of slow-paced pranayama on emotional health

Written and researched by Kate Ribet

In yogic traditions, the breath is seen as the centre and origin of all diseases which occur on a spectrum of physical and mental illnesses.  Emerging scientific research shows that the breath is intimately connected to mental and emotional states, and that manipulation of the breath using yogic breathing techniques, known as pranayama, can improve mental health.  The understanding and use of pranayama has been overshadowed by asana practices for physical fitness, yet renewed appreciation and study of pranayama practices has grown in recent years

Here we briefly explore pranayama – one of the eight limbs of yoga described in Patanjali’s Yoga Sutras – from a yogic perspective and how slow pranayama styles might improve emotional regulation in the body. Research is now showing that pranayama can induce brain changes and brain wave states that are associated with healthy emotional states.

Emotional stability means a state where one is emotionally mature and steady and where emotional reactions are appropriate for a particular situation and consistent from one situation to another. The term implies harmonious, adjusted and enriching relationships between a person and their environment. In yogic practices, immature, irrational and unstable emotions are seen as obstacles to personal, social and spiritual growth and development, with a strong correlation to physical illness.

In today’s hyper-aroused, fast-paced world, where relentless productivity, competition and endless distractions come at the cost of meaningful connections and strong values, mental imbalances have become so common that WHO estimates that 450 million people worldwide are estimated to be suffering from some kind of mental or brain disorders. This includes chronic anxiety, depression, insomnia, behavior disorders and addictions.

Yogic theory and Ayurvedic medicine has a highly sophisticated understanding of how the body receives, regulates and circulates energy – known as prana – through a system of channels or nadis, and how the flow of prana through the nadis influences mental and physical health.  According to yoga, the mind and body do not directly interact, rather they relate to each other through an intermediate layer of functioning, which has primarily to do with prana.

Respiration is the main bodily function to control the flow of prana, which is the vital link between the psyche and body. Thus breath is the main pathway through which the body produces and circulates prana. Ancient Indian texts describe ‘As the breath moves, so does the mind, and mind ceases to move as the breath stops’.

With this understanding, ancient yogis developed many techniques to control prana by removing agitation and turbulence from the breath cycle. These are largely known as ‘pranayama’, a compound noun of ‘prana’ and ‘ayama’. Prana means breath but also its subtle equivalent, the life force, while ayama means extension.

Pranayama implies the rules and regulations of controlling prana through the nadi system and the chakras. Nadis and chakras bear a striking resemblance to Western descriptions of nerves and plexuses. The early yogis understood that the nadis – or nervous system – governed the functions of all the other systems in the body, particularly the autonomic nervous system (ANS).

The ANS regulates body processes that are not normally under voluntary control, for example secretion of digestive juices, beating of the heart and movement of the lungs. Controlling the breath was the route to controlling the mind, which allowed control over the body’s deep inner functioning and responses.

In Western anatomy and physiology, the ANS is divided into two branches: the parasympathetic and sympathetic systems. The parasympathetic ‘rest-and-digest’ system controls the body’s resting activities, such as slowing the heart rate and speeding digestion, while the sympathetic ‘fight-or- flight’ system regulates more active functions like responding to emergencies and threats or physical exercise. An activated sympathetic system means an increased heart rate to move blood to the muscles of the limbs, readying the body for action. The balance between these systems is reciprocal and determines the overall state of the ANS in any given moment.

All pranayama methods emphasize breathing through the nostrils – known as nasal breathing – and  diaphragmatic breathing – involving the contraction of the diaphragm, expansion of the belly and deepening inhalation and exhalation – both of which induce a parasympathetic response. However, the many types of pranayama practices have profoundly different physiological effects on the ANS, depending on the rate and length of the inhalation (puraka), retention (kumbhaka) and rechaka (exhalation) of each breath.

Fast techniques like Kapalabhati and Bhastrika pranayama tend to excite the sympathetic response overall, while slow pranayama like Nadi Shodhana, Brahmari and Savitri pranayama switch on the parasympathetic or relaxation response.

In situations of ongoing stress, the sympathetic system’s ‘stress response’ goes into overdrive with repeated firing of the hypothalamo-pituitary-adrenal (HPA) axis located in the brain’s limbic system, which also controls emotions. The amygdala stimulates the hypothalamus to release hormones which activate the pituitary gland and promote the adrenal glands to release cortisol and catecholamines.

A cascade of physiological, behavioural and psychosomatic effects follows, switching the body into a reactive sympathetic mode. While short term periods of sympathetic response are normal, indeed necessary, continual stimulation of the HPA axis means chronically high stress hormone levels which can cause anxiety, depression and insomnia, as well as physical disorders.

Respiration is the only physiological activity in the nervous system which can be either voluntarily or involuntarily controlled. This means ANS activity can be influenced by consciously adapting the rate, duration and frequency of breathing. Altered levels of blood oxygen, carbon dioxide and pH homeostasis in turn contributes to heart rate and blood pressure, creating feedback loops. Research shows that slow pranayama techniques stimulate a parasympathetic response by down-regulating the over-stressed HPA axis and calming the hyperactive sympathetic nervous system.

Exactly how conscious breathing methods shifts the ANS to parasympathetic dominance, and how this regulates emotions and improves brain function is still relatively unexplored by Western research. One explanation is that the stretch of lung tissue during deep diaphragmatic contractions activates the vagal nerve, which carries information from the body to the brain and mediates many interactions with the parasympathetic system. Slow respiration cycles and long exhales further stimulate the vagal nerve and reduce the release of stress hormones.  An activated vagal nerve triggers acetylcholine production which causes heart rate to slow down, which in turn switches on the parasympathetic nervous system.

In a positive bottom-up feedback loop, messages of relaxation from the respiratory and cardiovascular systems are then sent to the brain which down-regulates activation of the amygdala and increases its integration with the pre-fontal cortex region of the brain. The amygdala generates emotional reactions to incoming stimuli while the pre-frontal cortex influences cognition; their integration is a potential pathway to healthy emotional regulation.

Changes in the brain as a result of diaphragmatic breathing techniques – including pranayama – are now being measured by brain imaging technologies, including electroencephalographs (EEG) which measure brain waves and magnetic resonance imaging (MRI) which measures changes in brain structure. While much of the research has assessed pranayama as practiced with asana postures and meditation, the positive findings suggest more research on pranayama alone is needed.

Another review of 15 studies (2020) published between 1990 and 2014 comparing brain wave patterns and other brain changes between yoga to non-yoga practitioners showed that combined yoga practices – including slow breathing methods – were associated with the activation and coherence of alpha, beta and theta brainwaves, which have been associated with improved cognition, memory, mood and anxiety, as well as decreased amygdala activation and increased coherence and symmetry between brain hemispheres.

While it is difficult to assess the overall impact of pranayama on emotional health from the wide range of studies and reviews of varying quality, size and focus, evidence suggests that yoga programs that include pranayama result in reduce anxiety and improved mood.

Slow pranayama methods appear to be a powerful intervention to calm the nervous system and activate the parasympathetic response towards integrated emotional experiences. Research is confirming what yogis have known for millennia: the breath moves the body and stills the mind, and a smooth breathing pattern equates to a smooth flow of mind.